Join a global team of innovators, disrupters, free-thinkers focused on shaping the future of the risk insights.

London: 1st July, 2021 – Carbon Underwriting Limited (Carbon), the specialist, independent managing general underwriter (MGU), announces today that after seeing successful growth across its business – Carbon Underwriting; Carbon Syndicate in a Box (SIAB) 4747; and data-driven underwriting tool Graphene – it is positioning itself for further success with a natural progression in its leadership team.

Nick Tye, currently Active Underwriter Syndicate 4747 and Director Carbon Underwriting, is also promoted to CEO of Carbon, while current CEO Stephen Card progresses to the post of Chairman, maintaining a leadership and mentoring role for the growing team. Both transitions are effective from 1st July.

Carbon Syndicate 4747 began underwriting as a SIAB on 1st July 2020, and has grown from strength to strength. The business is on track to achieve its third year estimated increase in stamp capacity to £62.5mn, in line with the Lloyd’s SIAB business plan framework, and continues to build out its Coverholder panel across a number of territories, including Europe, Australia and North America.

At the same time, Carbon Underwriting MGU has onboarded new S&P A rated capacity providers as well as bolstering its team of talented underwriters, top data analytic engineers, pricing analysts and claims managers. Carbon’s team has grown from four members of staff over the first 12 months to now 16 employees, with further new hires planned for the future.

“It has been an extensive team effort to accomplish such impact and success so far, and I would like to say a huge thank you to the team for their inspiring dedication and motivation. This successful year as a Lloyd’s SIAB is a milestone we’re delighted to be celebrating. It is very positive and gratifying to see the next generation of leaders pick up the challenge, and I’m delighted that Nick Tye is taking the reins as CEO.

I’m looking forward to continuing to work closely with Nick, Jacqui, Chief Underwriting Officer, Ben, Chief Technology Officer and the entire Carbon team as we embark on the next stage in our growth journey and progress the important and valuable work of transforming the international Coverholder market.”

“We have achieved an incredible amount over the last three years, both as a team and with Stephen’s support, and we are now in a position to really capitalise on the opportunities the current market presents.

We are on target to become the syndicate of choice for Coverholder business globally which would be an incredibly rewarding achievement for Carbon. One of our core fundamentals is building strong partnerships and maintaining those relationships – with our team, Coverholder partners, capacity partners, reinsurers and FAL providers – all of which have been vital for getting us to where we are today.”

Looking to the future we will continue to build out our international Coverholder panel at Syndicate 4747. We will onboard new capacity providers for Carbon Underwriting whilst expanding the reach of Graphene into the delegated authority market and transform the analytics insights available for quality underwriting.

I would like to thank Stephen for his leadership support and wise counsel as we have grown the Carbon business. We look forward to continuing to benefit from his valuable insights and extensive market experience as we steer the business forward and transform the landscape of how delegated authority business is conducted.”

Carbon Underwriting is a class agnostic MGU driving transformation in the international Coverholder market. It operates as an Underwriting and Data Lead with a keen focus on Coverholder partnership. Carbon is supported by its proprietary technology platform ‘Graphene’ which presents Underwriters and Coverholders with superior data that motivates profitable and informed underwriting decisions. The MGU acts as an incubator, enhancer and springboard for MGAs to encourage accretive and profitable growth, and does so at a market leading expense base. 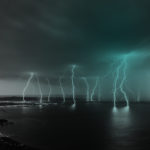 The inside view, with Mark Oldroyd, Head of Data Architecture, Graphene 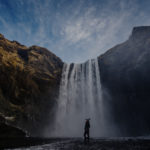 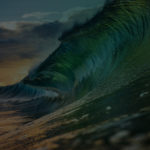 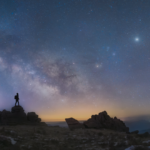 Please contact our team to discuss how our services can enable your business to grow.

We use cookies on our website to give you the most relevant experience by remembering your preferences and repeat visits. By clicking “Accept All”, you consent to the use of ALL the cookies. However, you may visit "Cookie Settings" to provide a controlled consent.
Cookie SettingsAccept All
Manage consent

This website uses cookies to improve your experience while you navigate through the website. Out of these, the cookies that are categorized as necessary are stored on your browser as they are essential for the working of basic functionalities of the website. We also use third-party cookies that help us analyze and understand how you use this website. These cookies will be stored in your browser only with your consent. You also have the option to opt-out of these cookies. But opting out of some of these cookies may affect your browsing experience.
Necessary Always Enabled
Necessary cookies are absolutely essential for the website to function properly. These cookies ensure basic functionalities and security features of the website, anonymously.
Functional
Functional cookies help to perform certain functionalities like sharing the content of the website on social media platforms, collect feedbacks, and other third-party features.
Performance
Performance cookies are used to understand and analyze the key performance indexes of the website which helps in delivering a better user experience for the visitors.
Analytics
Analytical cookies are used to understand how visitors interact with the website. These cookies help provide information on metrics the number of visitors, bounce rate, traffic source, etc.
Advertisement
Advertisement cookies are used to provide visitors with relevant ads and marketing campaigns. These cookies track visitors across websites and collect information to provide customized ads.
Others
Other uncategorized cookies are those that are being analyzed and have not been classified into a category as yet.
SAVE & ACCEPT